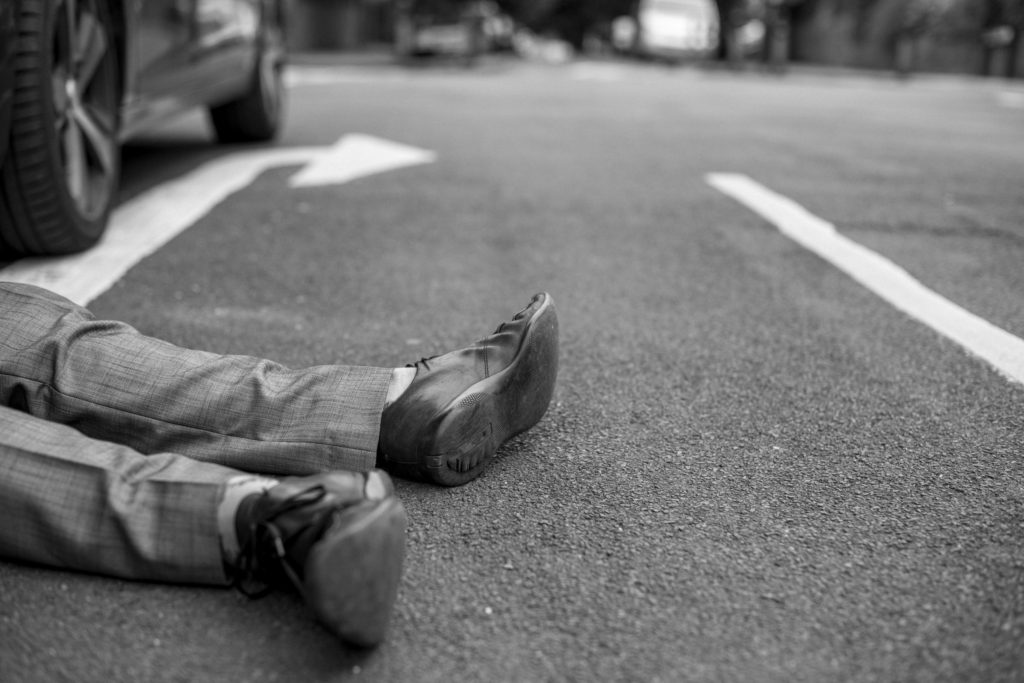 Can you afford NOT to have Income Protection?

Adam's Story - An income protection claim with The Exeter

What do you do for work?

“I have been running a small business developing training programmes for sports coaches and officials since 2009.

After consulting a financial adviser on a range of issues, I obtained several quotes for income protection to protect my income in the event of illness or injury. The Exeter offered to insure a proportion of my income for what I considered to be a reasonable, affordable premium, so I took out the policy.

In August 2016 I was returning home from a meeting when I came to a halt at the back of a queue of stationary traffic. Behind, a heavy goods vehicle approached. As dashcam footage later proved, the driver was distracted by changing music on his mobile phone, and looked up when just a few metres from the back of my car. Unable to react in time, he crashed into my car at 51mph.

I was airlifted to hospital with multiple injuries: a torn aorta, broken spine, collapsed lung, crushed abdomen, broken rib cage and associated liver and kidney damage. I went straight to emergency surgery, during which my condition thankfully stabilised. And I was one of the lucky ones. Tragically, three vehicles ahead, a mother and three children had been killed on impact.

During a long stay in hospital, I started to think about my business and what the future might hold. Clearly, it was going to be a while before I could work again, and I could see the implications that could have for my wife, children and our family life. We had some savings, but how long would they last?

After three spinal operations over 28 days, I was discharged from hospital to continue recovery at home. Unable to hold my head up without assistance, I could not sit at a desk, so any return to “normal” work was clearly still some way off.

I knew I had an income protection policy with The Exeter, though if I am honest, I didn’t know its details and I am not sure if I even really understood exactly what was covered. One day, I located the policy documentation and called to begin the process of claiming.

How did The Exeter support you?

From that initial phone call, The Exeter made the process as simple and hassle-free as possible.

On taking out the policy I had selected a waiting period of 13 weeks, thereby reducing my premium

on the assumption that in the event of a claim, I would have savings to see me through that time. The process of filing and administering the claim was very simple, made easier by the fact that from the initial call, it was always possible to contact that claim handler, by phone or email, to resolve any queries. After 13 weeks, I started to receive regular payments.

In dealing with the aftermath of a major road collisionand its consequences for a small business owner, I’ve dealt with a multitude of different organisations: insurers, solicitors, medical practitioners, business utilities and so forth. The Exeter is the one organisation who

I would say has been a pleasure to deal with, from the initial call and throughout the process.

Clear communication, pleasant people who have personal knowledge of the claim and no call queues – without doubt, the only organisation I’ve dealt with that shows those characteristics.

What could have happened without income protection?

Having the income protection policy gave me time to concentrate on recovery. Without it, I would have been forced to face very difficult financial realities much sooner. I would probably have been forced to return to work before being physically able to do so. The process of recovery has been hard enough, and I don’t like to think how that additional pressure could have slowed or inhibited it.

What advice would you give somebody else considering income protection?

Never take anything for granted. You never know what life is going to throw at you. Consider how your life would be affected if your capacity to earn were suddenly taken away. It can happen, and everyone should think carefully about how they would cope if it happened to them.

Recovering from a critical injury is a million times harder than you ever imagine it could be, but it would have been so much harder without having my income protection policy in place to fall back on. Taking away those immediate financial pressures allows focus to go where it should: on the process of recovery.

The fact that I had the policy in place suggests that I did place an importance on planning for the unexpected, but even so, I don’t think I understood its potential importance. I could just as easily have decided that I was too busy or didn’t have time to think about it, and I certainly now realise what a huge error of judgement that would have been.

How are you now?

Almost a year since the crash, I am recovering well. Physically, I am now able to sit at a desk for a couple of hours at a time, albeit with appropriate rest afterward. I am cycling again and planning my return to triathlon.

I am aiming for a part-time return to work and The Exeter are supporting a gradual, sustainable process of building up my working hours.”